What Houston’s Bats Do in Winter skip to main content

What are bats that live in Houston doing this winter? One interesting thing about bats is the way they behave in the winter. Many scientists and bat fans marvel at the winged mammals’ ability to remain in deep rest for weeks, surviving the absence of food and water and emerging to rule the evening and night skies as spring approaches. This winter, like all other before, Houston’s bats will be taking a long break from their duties, but this does not mean that residents won’t need wildlife control services to handle bat issues in their homes.

What Type of Bats are in Houston?

The city of Houston is home to over 30 bat species; some of which migrate each winter while others spend the entire cold season in the area. Some common bats you will see around the neighbourhood:

All of these bats have special characteristics and spend their time in many different areas. They mainly roost in cavities, caves, under bridges and on tree branches. One interesting fact about bats is that they cannot survive the freezing cold and the case is the same even if they hibernate,  which is why they are so vulnerable during the winter.

A tree branch rooster bat typically tries to find a home where the temperature doesn’t fall below 45 degrees. They also focus on finding those places which are away from light. Their preferred spots should also keep all the predators away from them as they are defenseless while hibernating.

The Mexican/Brazilian Free-Tailed Bat is one of Houston’s migratory bats. This bat visits Texas each February to settle in for the spring to summer seasons and reproduce. After they migrate to Mexico for the winter in what they call group flights. This is a spectacular sight which attracts people to bridges such as Houston’s Waugh Street bridge or Austin’s Congress Street Bridge to witness these bats as they leave their roosts under the bridges during dusk.

The Eastern Red Bat stays put during the winter. This is one of the few bats that you are likely to find hibernating in your Houston home this winter. They typically live in the forest and a few of them such as those found in West Texas, migrate during the winter. The hibernation practice of the Eastern Red Bat stands out as the bat stays away from the typical bat hibernation sites- caves and abandoned mines.  Instead, they settle in among the leaves of trees as well as in Spanish Moss. These locations allow the bat to camouflage itself (since it resembles dried foliage or the moss), which serves as a defense mechanism against predators.

Unfortunately, Houston’s bats who don’t migrate, sometimes find themselves in human spaces in the winter. When this happens removal is a tricky business because disrupting bat hibernation causes them to rouse from the deep slumber and use up precious energy stores. Consequently, the winged mammals may be forced to hunt for food in a season when the food they eat is very scarce or die.

Bats and Your  Home This Winter

While living in Houston, you should keep a closer eye on your attic, which is a commonplace for a bat to get into and start living in winter. Bats try to hibernate in the darkest and quietest places in your house and will sneak into cracks to get inside your walls. They may also find a way into your exhaust vent or chimneys. The longer bats stay inside your home, the greater the damage they cause.

Why Expert Intervention is the Best Way

Bats are among the most gentle and helpful wildlife on earth. Each bat consumes thousands of pesky insects daily, resulting in less inconvenience for people.  Additionally, they help to maintain greenery by inadvertently dispersing seeds as they fly around. Their gentle nature along with their usefulness is one reason you should ensure that your bat prevention, removal, and exclusion strategies do not put them at risk. When bats wind up in human spaces it is usually a result of their effort to stay safe or to survive.

The best way to remove or exclude bats without putting them at risk is to engage experts like those at Skedaddle. Skedaddle uses wildlife control, removal and exclusion strategies that are so efficient, your Houston home will be back to normal in no time. 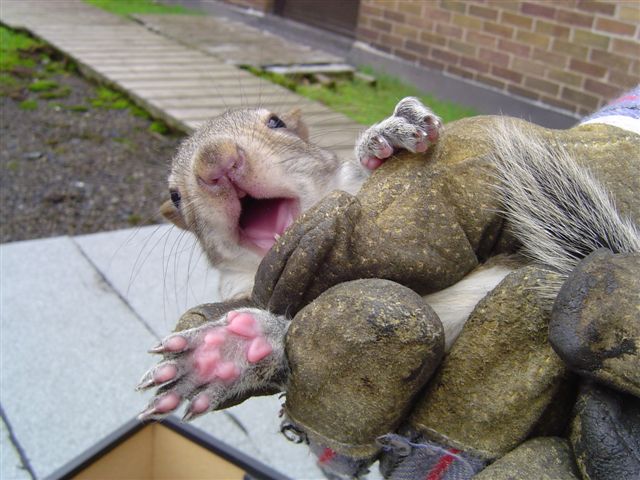 Why are Rodents Causing So Many Headaches for Canadians?