With These Aerial Vermin, Bird Control Is A Necessity skip to main content

The natural environment many of us like to admire is often spoiled beyond repair by populations of birds that disturb peace with their droppings, nests and noise. These are just some of the reasons why bird control is the only way to protect the environment from such negative factors. 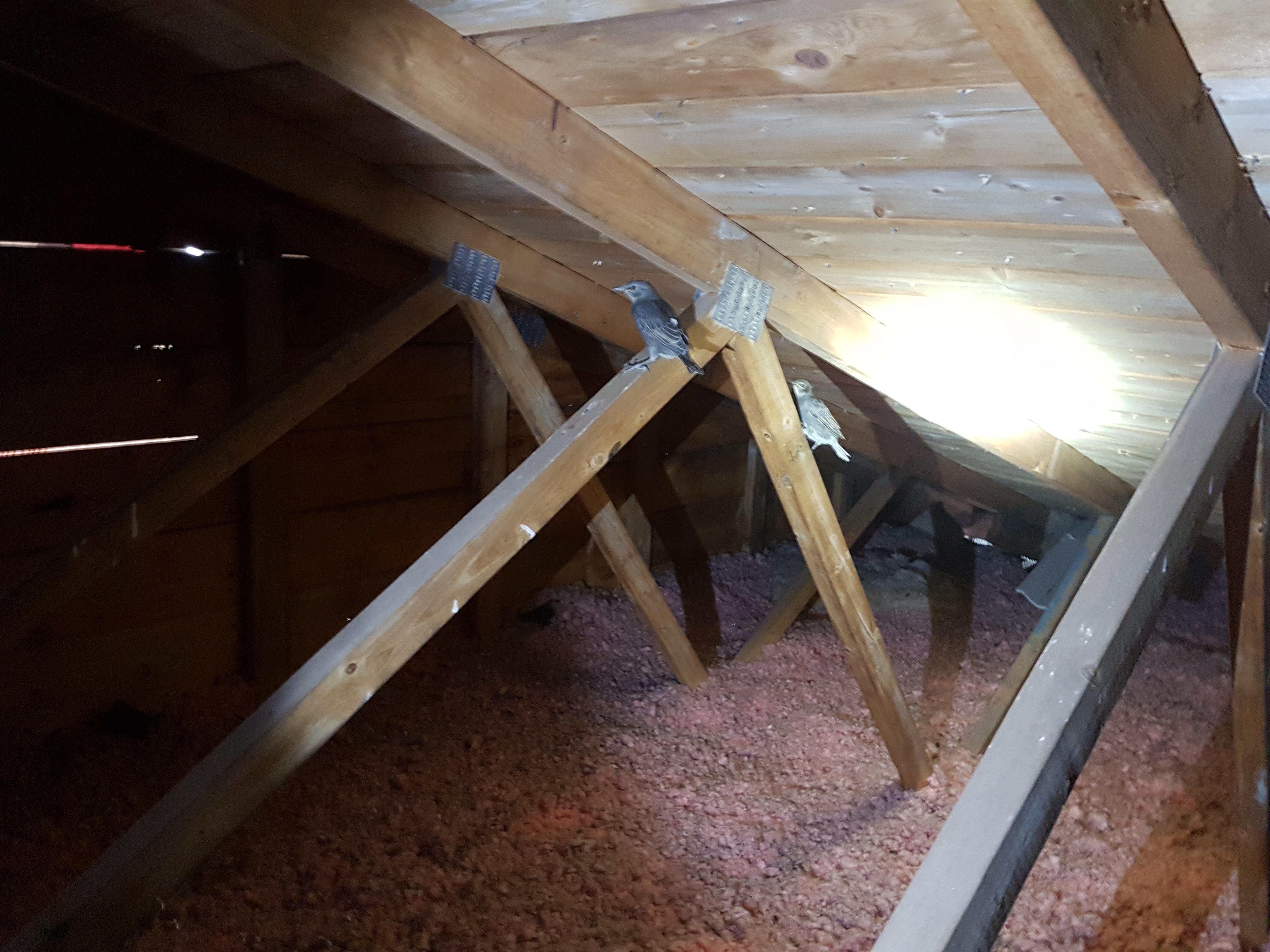 A family of starlings inside an attic

There are many species of birds that are protected under the Migratory Bird Act but measures can be taken to remove invasive species from damaging homes and businesses. European starlings, house sparrows, and pigeons are not native to North America and are their nests can attract secondary insect pests, cause electrical outage and clog pipes, and also that bird droppings can cause damage and deterioration to vehicles and structures. Furthermore, birds can carry and transmit diseases such as Salmonella, encephalitis, and toxoplasmosis, and breathing of their droppings can cause cryptococcosis and histoplasmosis. A accumulation of nesting sparrow nesting material inside an attic. When sparrows nest inside roof vents the material can fall into the attic below and continue to build as the birds top up their nest year after year.

When it comes to bird control, it is important to get to know these three species, not only in appearance but also in their habits and the damage they can cause. European starlings, for example, are dark in colour with faint speckles on their feathers. They are commonly found on clogged gutters, where they flock for drinking water, and on trees. Starlings are cavity nesters and during spring they will build nests inside vent openings found on the sides of houses. Open dryer, bathroom or stove fans are a favourite starling nesting point and they can damage appliances but blocking the free flow of air.

House sparrows, on the other hand, have a gray underbelly and are of a reddish or light brown colour, with visible streaks of black. They are predominantly year-round pests; they can turn very aggressive and their incessant sharp chirping can become a significant nuisance. They prefer grains for a diet, but will also feed on flowers, fruits, and vegetables, as well as spilled foods and trash. They can carry and spread West Nile virus and can not only cause major damage in gardens but can also be problematic in rural areas due to the fact that they often feed on and contaminate livestock feed. They also breed prolifically.

Lastly, pigeons are among the greatest aerial hazards and are often the reason for numerous bird control initiatives across the globe. Because of the filth they carry, they are often referred to as “flying rodents” and are easily recognizable: they have grayish bodies with red feet and two black bars on each wing. They will eat all types of human food and because of that, have become dependent on humans for shelter and food. Disease-wise, they transmit food poisoning, salmonella, toxoplasmosis, cryptococcosis; they have also been known to carry insect pests such as ticks, lice, and fleas.