Different Types of Raccoons Found Around the World skip to main content
Unlike the thriving, bountiful population in North America, other parts of the world struggle with raccoons that have threatened status and are close to extinction. While that may seem like a positive development, consider that healthy ecosystems rely on a delicate balance where everything plays a meaningful part.  Simply because a raccoon is a nuisance on your property doesn't mean they don't belong somewhere more appropriate in the area for best results. Find out more about raccoons worldwide and how to initiate successful raccoon removal with professional wildlife control in Milwaukee.

The Cozumel raccoon is critically endangered, potentially with only 300 or fewer remaining.

Procyon Pygmaeus is found on the island of Cozumel. Cozumel is a small island off the east coast of Mexico. The forests and grasslands on the island are popular areas for the raccoon to roam.

Cozumel raccoons were once thought to be variations of raccoons that were diverted due to dwarfism. They are significantly smaller in all aspects, including skull size. The classic mask feature of raccoons is intact, but the coloring is lighter than what people familiar with raccoons in Milwaukee would typically expect.

One of the most distinctive features of the Procyon Pygmaeus is that over half of its diet consists of crabs found on the island. Depending on the season, other nourishment might come from frogs, lizards, insects, and vegetation. While the Cozumel raccoon consumes over 50% of its diet in crabs, the Procyon Cancrivorus tends to seek out a diet consisting primarily of crustaceans and shellfish with no preference towards crab specifically at all. Also, unlike the former, the Cancrivorus does not have heightened conservation status.

South American in nature, the crab-eating raccoon is found primarily in Trinidad, Tobago, Argentina, Uruguay, and Costa Rica. However, it is not uncommon to find outliers in other parts of the continent. The raccoon likes hot, wet, and marshy areas.

Like its North American cousin, the crab-eating raccoon is slightly lighter in color but still has the signature mask, albeit smaller than typically recognized. On occasion, the Cancrivorus is mistaken for a weasel due to its slender body with lighter markings.

In some of the areas where North America and South America meet, the common raccoon and the Cancrivorus raccoon coexist in the same place. Between the two, the crab-eater will never venture into city areas, whereas the common raccoon is happy to set off on an urban adventure. Procyon Lotor, Known as the Washer or Common Raccoon

Found across Canada and the United States except for Nevada, Utah, and Arizona, this variation is also in Asia and Europe. While raccoons typically thrive in wooded areas, they are just as comfortable in suburban and urban areas where food and shelter can be readily located.

Raccoons are larger in northern regions because they store more fat for the colder temperature. They boast a dark mask covering their eyes, dark gray muddled fur, and a bushy tail with rings.

Raccoons are intelligent and clever and have near full dexterity of their front paws, sans opposable thumb. This small void of agility is something everyone should be grateful for because otherwise, they might figure out how to pick locks to come inside and sit on the couch rather than consistently trying to make nests under the porch. 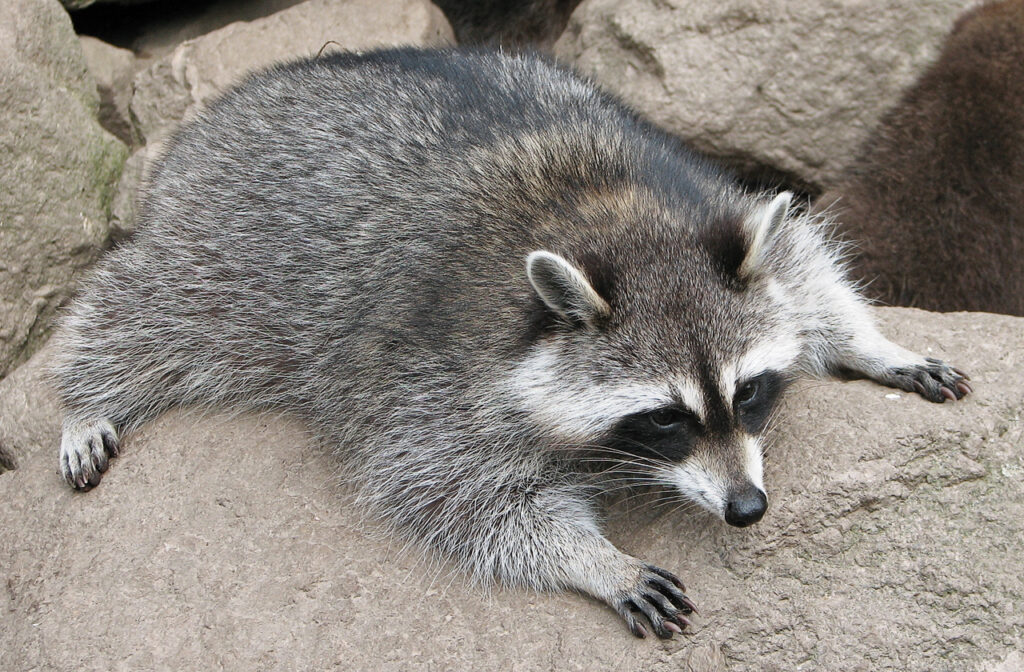 If you suspect that a raccoon is sneaking around your property or eyeing the area under your porch for a potential winter home, contact Skedaddle Humane Wildlife Control to remove and relocate the animal safely and securely.